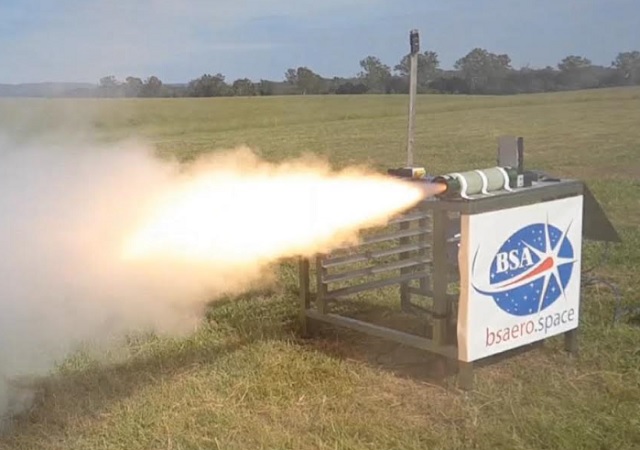 Queensland-based Black Sky Aerospace has just been given the green light by regulators to begin the process towards the manufacture of Solid Rocket Motors (SRM).
The company will be the first manufacturer of its kind in Australia and will be able to provide access to solid fuels for orbital and sub-orbital launch vehicles.

SRMs are the fuel (propellant) that boosts rockets in to space, such as the boosters on the space shuttle and is the preferred fuel to use by many space launch companies due to its simplicity and cost-effectiveness. Also, SRMs have a long shelf life and can be stockpiled with little upkeep, yet still be ready to use many months or years later.

Director of Black Sky, Blake Nikolic, said “Our propulsion arm is integral to the bigger picture for us; without fuel, the industry stalls. Our SRM manufacturing provides industry with accessible rocket boosters, made right here in Queensland.” The first batch of solid rocket motors is expected to be ready for delivery before the end of 2019.

Black Sky Aerospace has also secured priority access to The Arnhem Space Centre, a planned commercial spaceport located in Nhulunbuy in Australia’s Northern Territory and operated by Equatorial Launch Australia (ELA). This is the same site that NASA plans to use in 2020 for its Southern Hemisphere launches, which, if it happens, will be the space agency’s first launch in a commercial site.