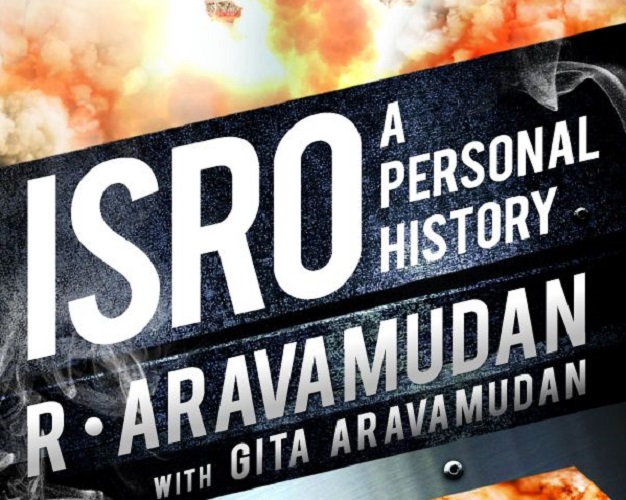 ISRO: A Personal History is a book released in March 2017, written by Ramabhadran Aravamudan, a pioneering scientist of the Indian Space Research Organisation (ISRO) and his wife Gita Aravamudan, an award-winning author and journalist.

The book is a memoir of R. Aravamudan’s 50-year career at ISRO, which he joined in 1962, when the Indian space programme first began. In the book, Aravamudan gives readers a general look at ISRO from its founding to the success of India’s Mars mission, also known as Mangalyan, in 2014. Far from being just a personal memoir, the book is an invaluable resource for anyone interested in learning about ISRO’s development, without getting into too many technical specifics.

The book begins in 1962, when the Indian National Committee for Space Research (INCOSPAR) was set up under the Department of Atomic Energy (DAE), thanks to the efforts of the father of the Indian space programme, Dr. Vikram Sarabhai. Employees of the DAE, of which Aravamudan was one, were given the opportunity to join the new department. He joined, along with a few others from different institutions, such as scientist A P J Kalam, who would later become the President of India.

The early INCOSPAR employees, who had no knowledge or experience in the space sciences, were sent to NASA’s Goddard Space Flight Centre for training. Aravamudan was assigned to learn about sounding rockets and tracking, and later specialized in radar and telemetry tracking.

While Aravamudan and the early recruits were in the US, India’s first launch site was being built, known as the Thumba Equatorial Rocket Launching Station (TERLS). Located very close to the magnetic equator, the site is still used to launch sounding rockets today. Resources were limited, and so the launch site was situated at a vacated fishing village and was not renovated for launch purposes. Scientists were made to work in the village’s only concrete building – the church – and transportation was a nightmare.

For the next seven years, INCOSPAR grew and started receiving visitors from all over the world, necessitating the formation of ISRO in 1969. The book then traces the milestones in India’s space history, such as the launch of the first Indian satellite, Aryabhata, in 1975, the failed and successful launches of India’s first launch vehicle, the SLV, and the more recent PSLV and GSLV launches.

An inspiring book, ISRO: A Personal History describes the successes as well as the failures in adequate detail, showing how years of effort can be thwarted by small oversights. It also describes the major figures in ISRO’s history, such as Vikram Sarabhai and Satish Dhawan, ISRO’s third Chairman responsible for executing much of Sarabhai’s vision. There are also anecdotes about Prime Minister Indira Gandhi and photographer Henri Cartier-Bresson, who took a photograph of the author and A P J Abdul Kalam in front of the church alter trying to fix a payload unit. It is a very enjoyable book to be read for leisure, and will provide a great deal of insight to the general reader.