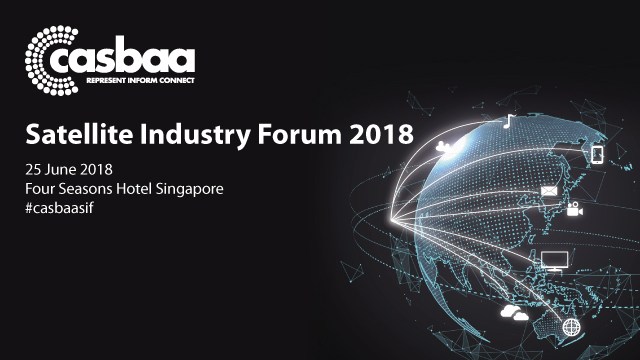 The Casbaa Satellite Industry Forum 2018 brings together a wide range of world-class speakers from the industry to deal with crucial issues in a full day of keynote presentations and panel discussions. Keynote addresses will set the stage further for robust and frank debate at this “Not-to-be-Missed” event!

Topics covered during the event include the following:

– A look at the recent proposals for C-band spectrum reallocation within the United States and the potential ramifications for the Asian broadcast industry.

– With capacity pricing falling at a rate of knows, how will satellite operators make margin? Will the new HTS and NGSO players be game changers or Widow Makers? And are they a solution chasing a problem?

– What are the major issues and problems for the regulators in our region? National, regional, global, or a combination of all three? How different is the AsiaPac region to other parts of the world? And what changes do they expect in the next few years?

– As the satellite communications industry reaches full maturity the dangers of post-adolescence become more apparent – physical danger from significant increases in orbital debris and hidden dangers from cyber attacks. Are we spending sufficient time and resources to identify and counter these problems?

– The launch industry has changed so much in the last decade – time for a refresh on what we thought was a pretty boring delivery truck? And the manufacturers are having a really hard time…. How are they coping?