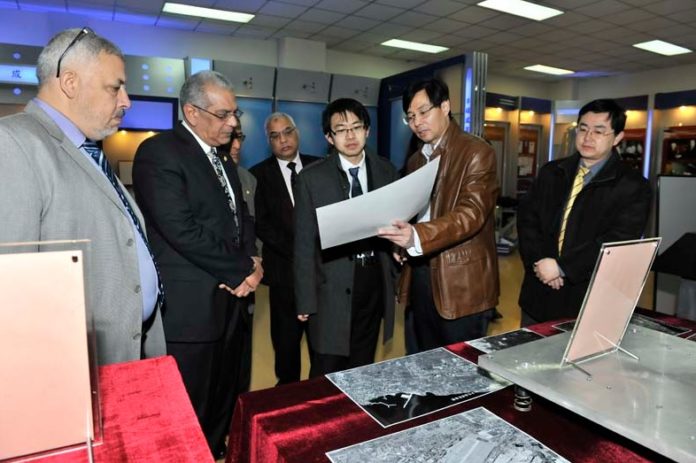 China and Egypt have signed a deal in which China will grant Egypt US$71 million to conduct feasibility studies for the next stage of the Egyptian satellite project, SATII, as well as to set up a vocational training centre at the Suez Canal Economic Zone.

Signed by Dr. Sahar Nasr, Minister of Investment and International Cooperation, and the Chinese Ambassador to Egypt, the deal is a continuation of China’s involvement in Egypt, which have included the establishment of the first research and training center in Africa to combat desertification, the fish farming center and the Egyptian AIT, besides a number of vital projects in the sectors of transports, energy and education.

Out of the US$71 million, US$64 million will be used for the feasibility studies for the Second Egyptian Satellite for Remote Sensing (Egypt SAT II). Egypt Sat II was originally built by the Russian RSC Energia and the Egyptian space agency, NARSS, and was launched on 16 April 2014 from a Soyuz rocket. By April 14 2015, however, the satellite failed and lost contact with the ground.

In partnering with the Chinese government, Egypt hopes to benefit from China’s world-class expertise in space technology and remote-sensing.

The remaining US$7 million will be used to build a vocational training centre at the Suez Canal Economic Zone, to train the Egyptian cadres on the most modern management and operation systems, which would contribute to fostering an adequate climate for attracting further foreign investments.

According to the Ministry of Investment and International Cooperation, China is offering Egypt a grant bundle totaling US$267 million. In this, an additional US$23 million is said to be for the Egyptian Satellite Assembly, Integration and Test Center (AIT).

During the signing, Dr. Nasr expressed the Egyptian government’s appreciation of the Chinese government’ support of the economic reform and development in Egypt. She also highlighted the distinguished Egyptian- Chinese relations since the establishment of diplomatic relations between both countries in 1956, while calling for the importance of enhancing bilateral relations in all economic and investment fields.

Ambassador Suo reciprocated by emphasizing that China’s support of research and development projects in Egypt reflected the deep-rooted Egyptian- Chinese relations, while referring to China’s willingness to maintain support and implementation of the tripartite cooperation programs during the upcoming period.