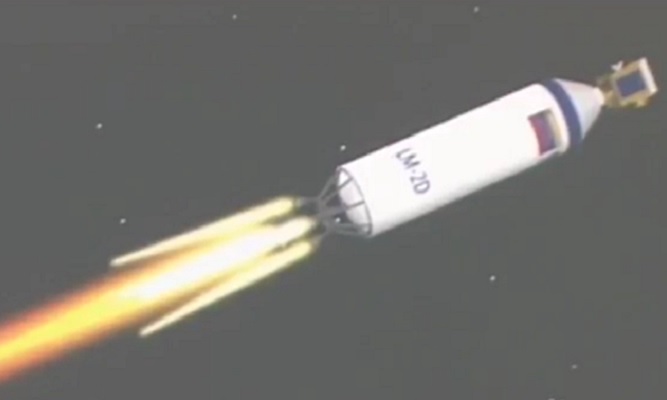 China has just launched VRSS-2, also known as Antonio José de Sucre, Venezuela’s second remote sensing satellite. The launch took place at approximately 12 p.m. Beijing time (GMT+8) from the Jiuquan Satellite Launch Center, China’s oldest launch site, using a Long March 2D rocket. This is the third Venezuelan satellite, all of which have been manufactured and launched by China, and China’s first launch of the year dedicated to an international commercial payload.

The satellite, weighing approximately 1000kg, was manufactured by the China Aerospace Science and Technology Corporation (CASC) and the Aerospace Dongfanghong Satellite Company, a Shenzhen-based subsidiary of the China Academy of Space Technology (CAST). According to CASC, work on the satellite was carried out jointly between China and Venezuela, and that various CASC subsidiary were involved throughout the entire process of design, manufacturing and launch.

The project began in 2014, after a contract was signed between the China Great Wall Industry Corporation(CGWIC), the space programme’s commercial arm, and the Ministry of Higher Education, Science and Technology of Venezuela. VRSS-2 will replace VRSS-1, Venezuela’s first remote sensing satellite launched in 2012 with a design life of 5 years.

VRSS-2 (Venezuela Remote Sensing Satellite-2), which carries a high-resolution multi-spectral camera and an infrared camera, will be used for disaster monitoring and management, crop production, urban planning and other human development purposes.

This is the first use of the Long March 2D, a two-stage rocket with a payload capacity of 1,300 kg to a Sun Synchronous Orbit (SSO), since a partial failure occurred December 2016. It is also China’s second launch since its failed Long March 5 launch in July this year.

Because of the July failure, China’s planned launches have been delayed till now; China’s next launch will probably be another commercial one, carrying Algerian geostationary communications satellite  AlComSat 1, and will probably take place very soon. Based on estimates, China has yet to complete 7 planned launches this year, including lunar mission  Chang’e-5 originally scheduled for November.