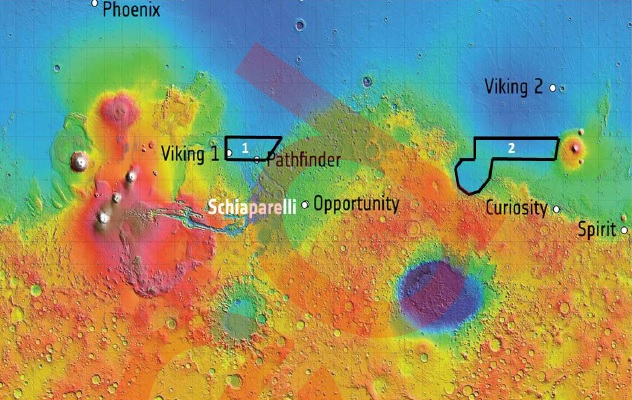 Written by researchers from the China Academy of Space Technology, Beijing, and the Institute of Space System Engineering, Beijing, the paper states that China aims to launch a Mars exploration mission by the year 2020, with the aim of “orbiting, landing, and roving”.

The paper “introduces the development process of the Mars exploration missions, provides a description of the general design, the mission difficulties and characteristics, as well as the key technologies of the mission, and gives an overview of the expected outcomes.”

According to the paper, the Mars probe that China is designing will be launched from Wenchang Satellite Launch Centre on a Changzheng-5, with an orbiter comprising a landing and roving module. The probe is expected to have an orbital period of 10 days, before the landing/roving probe detaches itself from the orbiter.

For China, the Mars mission is especially important because it will mark a number of firsts for the nation’s space program. Aside from being China’s first mission to an extraterrestrial planet, it also aims for the mission to be the first time China lands and roves an extraterrestrial planet. Therefore, it will expand China’s deep space technology capabilities and test new, high-precision technologies such as an autonomous obstacle-avoidance landing technology.

So far, China has ventured only as far as the Moon. Currently, the other space agencies working towards future Mars missions are NASA, India’s ISRO, the UAE Space Program, and a joint ESA-Roscosmos mission.