Hitomi, a space observatory developed by Japan’s space agency JAXA, has enabled scientists to discover that the proportions of elements found in the Perseus Cluster are nearly identical to what astronomers see in the Sun.

Launched on 17 February 2016, the satellite was lost on 26 March 2016. Despite being operational for only a month, Hitomi’s observations have contributed to our understanding of the universe. The most recent discovery, published in the journal Nature on 13 November 2017, found that both the solar system and the Perseus cluster experienced broadly similar chemical evolutions.

“There was no reason to expect that initially,” said co-author Michael Loewenstein, a research scientist at NASA’s Goddard Space Flight Center. “The Perseus Cluster is a different environment with a different history from our Sun’s. After all, clusters represent an average chemical distribution from many types of stars in many types of galaxies that formed long before the Sun”.

Located 240 million light-years away, the Perseus Cluster contains thousands of galaxies and is extremely hot. It is also one of the largest near Earth, and the brightest galaxy cluster in terms of X-rays. Hitomi, which carried a high-resolution Soft X-ray Spectrometer (SXS), allowed researchers to observe the cluster between 25 February and 6 March 2016 with a resolution approximately 30 times better than previously seen.

“Hitomi has permitted us to delve deeper into the history of one of the largest structures in the universe, the Perseus galaxy cluster, and explore how particles and materials behave in the extreme conditions there,” said Goddard’s Richard Kelley, the U.S. principal investigator for the Hitomi collaboration. “Our most recent calculations have provided a glimpse into how and why certain chemical elements are distributed throughout galaxies beyond our own.”

The SXS was developed jointly by NASA and JAXA, and has provided such valuable data both agencies are currently working on replacing the lost Hitomi observatory. The new mission,  known as the X-ray Astronomy Recovery Mission (XARM), is expected to launch in 2021 and will carry an instrument similar to the SXS. 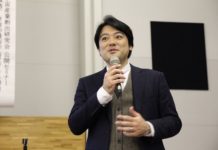 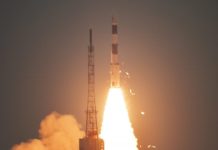 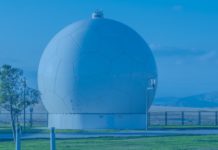 Infostellar signs agreement with Azercosmos to use Azerbaijani ground station

Insights into ISRO’s launches and missions of 2019

Infostellar signs agreement with Azercosmos to use Azerbaijani ground station

SpaceTech Asia welcomes previously-unpublished articles, graphics and opinions from across the world. Please contact us to propose article topics for contribution.
© Kalpa Media, 2018. All rights reserved.