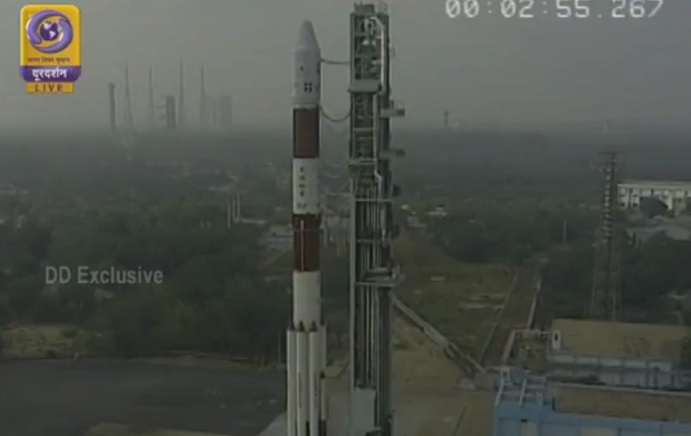 The launch took place at the Satish Dhawan Space Centre (SDSC), Sriharikota, ISRO’s only orbital launch centre, using its workhorse the PSLV C-40. This was also ISRO’s first launch since the failure of the PSLV-C39 in September 2017, which caused the IRNSS-H1 navigation satellite to be lost.

Cartosat-2F, which is part of ISRO’s Cartosat-2 series, is an earth observation satellite with a liftoff mass of 710 kg. The satellite will join Cartosat-2ER, Cartosat-2D, and Cartosat-2C in a Sun-Synchronous Orbit (SSO), and most likely has a design life of 5 years, like the others.

Along with the Cartosat-2F were a number of interesting satellites, including ISRO’s small experimental satellite Microsat-2D, ISRO nanosatellite INS 1C, 6 satellites from South Korean universities, and 22 others from Canada, Finland, France, the UK and USA. Included in the launch were satellites from Planet and Spire, as well as the Arkyd 6A technology demonstration nanosatellite by asteroid mining firm Planetary Resources.

Although ISRO has not revealed detailed plans for 2018, it is likely that the organization will conduct at least 8 other launches, including that of its moon mission Chandrayaan-2, and the second flight of ISRO’s orbital launch vehicle GSLV Mk III.