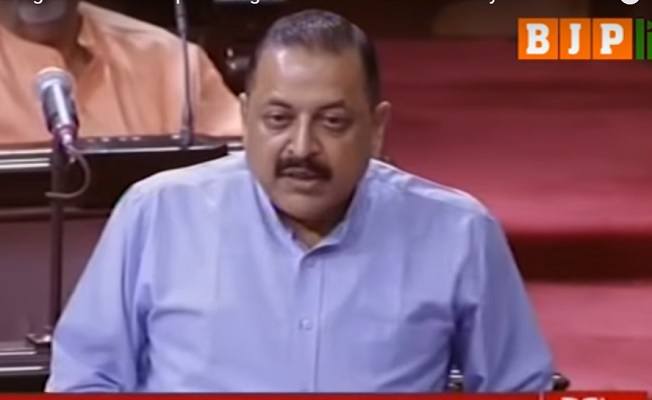 Yesterday on 8 February 2017, Dr. Jitendra Singh, India’s Minister of State for Prime Minister’s Office, Department of Space, replied to a written question about the causes of the PSLV C-39 failure on 31 August 2017. Because of the failure, the Indian Regional Navigational Satellite (IRNSS-1H) could not reach the designated orbit and was lost.

Said Dr. Jitendra, “IRNSS-1H, weighing 1425 kg, could not reach the designated orbit, due to non-separation of Payload Fairing (also known as heat shield) during the 2nd stage of the flight.”

This supports an earlier statement made shortly after the failure by former Chairman of India’s space agency ISRO A S Kiran Kumar, who said, “While all the systems of the launch vehicle have performed extremely well, we had a mishap: the heat shield has not separated”.

During the reply yesterday, Dr. Jitendra added, “The root cause of the failure was understood after analysing the various flight and ground test data in more detail. For the Payload Fairing separation to happen successfully, the horizontal and vertical jettisoning system needs to function”.

The failure in August last year was the first failure of India’s workhorse launcher, the PSLV, since its first operational flight in 1997, when it experienced a partial failure. After the failed launch, the PSLV’s next flight took place on 12 January 2018, when ISRO launched its Cartosat-2F satellite, along with 30 other co-passenger satellites. ISRO’s next launch is expected to take place in March, with India’s heavier launcher, the GSLV Mk II.