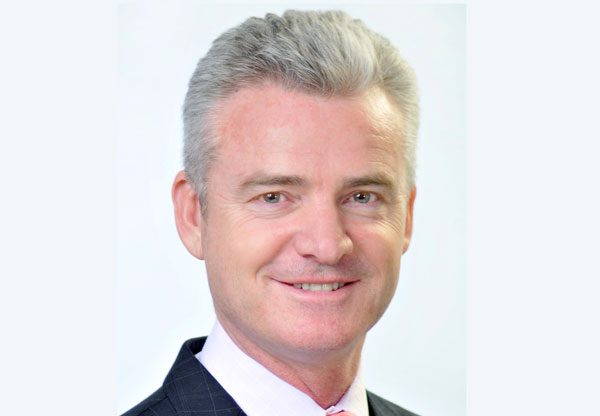 2018 has been an eventful year for Intelsat – the launch of Intelsat 38 aboard Arianespace’s Ariane 5 launch vehicle was delayed due to the setback with co-passenger GSAT-11, and the company has been in the news over the Intelsat-SES C-band proposal to the US’ Federal Communications Commission (FCC), which has resulted in a sudden spike in its share prices.

In April this year, India’s space agency ISRO recalled its GSAT-11 satellite from Arianespace’s launch site, causing the May 25 launch date to be cancelled. As a result, the launch of GSAT-11’s co-passenger, Azerspace-2/Intelsat-38, has been delayed.

A few weeks ago, Intelsat announced that the satellite will be launched on September 7 along with Horizons 3e, which is jointly owned by Intelsat and JSAT, on board the Ariane 5. ISRO, on the other hand, has had its  GSAT-11 launch date pushed to November this year.

“We’ve managed to accelerate the build of Horizon 3e and use our September launch to launch two satellites at the same time and use our September launch.  We couldn’t make it as early as we wanted it to be, but we’ve got a situation now that’s acceptable to Arianespace and ourselves, and that was a lot of work between us and Arianespace,” said Bleakley.

When asked how Intelsat handles such delays in general, Bleakley explained that being a large satellite operator gives Intelsat certain advantages.

The implications of the FCC C-band proposal for APAC

In October last year, Intelsat and Intel issued a proposal to the FCC to allow mobile operators to use part of the satellite industry’s C-band spectrum in the US. Following that, in February 2018, SES joined the duo in submitting a modified proposal to sell 100MHz of the US C-band downlink spectrum to terrestrial networks, one fifth of the 500MHz band, which the FCC advanced in July. The same month, Eutelsat joined the consortium.

The announcement has elicited strong reactions from other satellite operators around the world, who worry the FCC will set a precedent that will soon become international regulatory policy. In APAC, the release of C-band to terrestrial networks will be especially complicated, given that most countries make use of the spectrum extensively, with millions of users unregistered and unaccounted for.

According to Bleakley, this action is uniquely suited for the United States.

He said, “Our proposal is designed to address the unique landscape and regulatory environment regarding C-band use in the United States. We have 11 satellites over APAC, and 10 of them have C-band spectrum. Many of our customers rely on C-band to combat rain fade for both media and broadband applications.”

He stressed that the situation in APAC is vastly different from the US, both in terms of regulations, and the satellite market.

“Every region is different and the US market, as I stated earlier, has unique characteristics. Their regulatory body was moving in a certain direction and we wanted to be proactive to ensure that we were protecting the quality and integrity of our customers’ service.  That is why we developed a market based proposal that would protect our customers on C-band and at the same time, clear spectrum that could be designated to advance 5G without causing issues for our C-band customers,” he said.

“What’s different about the US than Asia, is that in the US, from coast to coast you’ve got one regulatory body. In Asia you don’t have that. That’s the first difference. The second difference is, the extended C-band spectrum that most mobile phone operators are looking at wasn’t available in the US. Much of the rest of the world has already made mid-band spectrum available to mobile services.

And probably the most important factor on top of that is, 95% of the C-band spectrum belongs to two providers – SES and Intelsat. The other 5% belongs to three providers, and they have very little each.  But if you look at Malaysia, there’re 20 satellite providers that have C-band frequency over the country. So how do you coordinate with 20 providers? It gets a little more complex”.

Bleakley also pointed out that governments in APAC are themselves launching C-band satellites, and that they will protect their national interests.

He elaborated, “In India, ISRO launches its own satellites that have C-band spectrum. So there’s no way the government, who launches satellites with C-band, will give C-band to 5G. As in China, as in other places where they manufacture their own satellites.”

How Intelsat does business in Asia

The APAC region is a notoriously complicated business climate because of the multiplicity of governments, structures, and regulatory environments. However, Intelsat has managed to penetrate most Asian markets, either directly or indirectly.

“We’ve been in Asia for a long time. We’ve been providing services in places like Myanmar for over 30 years and to India before they had their own satellites. So we have probably access to countries easier than the newer providers.”

Said Bleakley,  “We’ve just done a large deal in Myanmar, with the MRTC, where they’re taking a portion of the payload on a satellite we’re launching next year – Intelsat 39 – to advance the expansion of affordable, high-speed broadband—3G and 4G as well as internet connectivity to government agencies, businesses and communities throughout the country. It will also support and advance the MOTC’s goal of ensuring that 95 percent of its population will have access to broadband connectivity by 2022.  It’s a great example of a public/private partnership”.

Explained Bleakley, “The two most difficult markets for us are India and China. In India, we’re allowed to provide services directly to broadcasters, for C-band distribution for cable penetration. When it comes to providing C-band for data or Ku-band services, we need to work through Antrix, the commercial arm of ISRO”.

“China’s probably the most heavily regulated. So we can’t provide domestic satellite services, they’re all done on their domestic fleet, but we can provide connectivity from China internationally anywhere. So we work very closely with China Unicom, CCTV, so it’s really going out of China or back to China. We also work in countries like North Korea, Australia, Malaysia, New Zealand, and Thailand”.

Dealing with changes in the global satellite industry

In recent years, the satellite industry has had to cope with many changes and obstacles, such as a decrease in orders for geostationary satellites and the advent of NewSpace.

When asked how Intelsat deals with these changes, Bleakley said, “This is probably the most innovative age of satellites since the late 1960’s. Satellite’s been quite conservative, and we’re seeing major innovation coming in. For example, you’ve got GEO constellations moving toward more software-defined satellites;  LEO constellations such as OneWeb – the interoperability of GEO and LEO will allow us to take advantage of the strengths of each constellation to the benefit of the mobility and government customers that we serve”.

Like other operators such as SES, Intelsat plans to use a combination of GEO satellites and the LEO constellation to provide maximum connectivity.

If you have enjoyed reading this article, do take a moment to subscribe to our email newsletter here. We will not sell your email address to a third party, and you can unsubscribe at any time.

Bleakley elaborated, “The key to what we’re looking to do with OneWeb is to complement our HTS satellites to provide coverage of the poles and deliver a hybrid solution to our customers. Separately, we’ve invested in and developing an antenna with Kymeta, and that antenna uses nanotechnology, electronic beam-forming, to look at GEO satellites —which is the most cost effective way to deliver software downloads to millions of cars at the same time, or to look at LEO satellites —for an urban look angle-  which are on the move. This will be important for applications such as the connected car.”

“Our vision of the future is the emergence of the hybrid network, where different technologies and constellations are fully integrated and interoperable with one another and we’ll look at the application – whether it’s gaming, broadcast, or video  – and we’ll decide what network it goes on, whether it goes on GEO, LEO or on fibre, or on Wifi. We believe the future is hybrid networks and we are building a strong space based platform to seamlessly integrate different technologies and constellations,” he concluded.