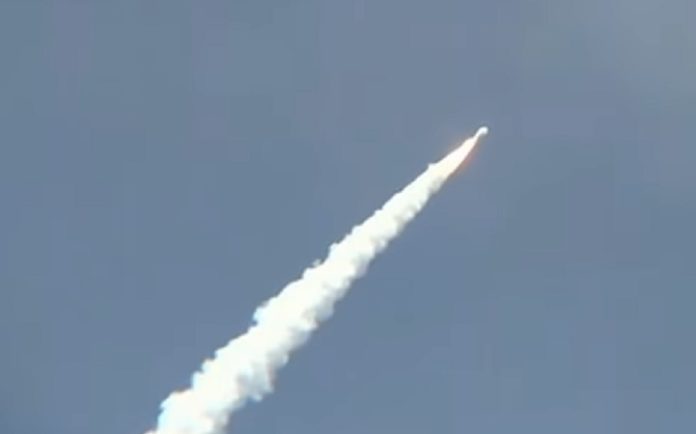 JAXA neither announced the launch schedule nor the success of the launch, but MHI confirmed that the launch went smoothly and the satellite was successfully separated.

IGS-Radar 6, a Synthetic Aperture Radar (SAR) satellite, will complement imaging satellite IGS-Optical 6, launched earlier this year on February 27. Together, they form the IGS-6 series of Japan’s military reconnaissance satellites; each IGS iteration since the launch of IGS-1A in 2003 has seen an optical-radar twin satellite pairing. The satellite, like its predecessors, was built by Mitsubishi Electric, and is the 16th IGS satellite launch.

This launch, subsequent to the IGS-Optical 6 launch in February, was JAXA’s fourth launch of the year and the second using MHI’s H-IIA. The previous two launches, before IGS-Optical 6, used the modified sounding rocket SS-520 No. 5, and JAXA’s lightweight Epsilon rocket.