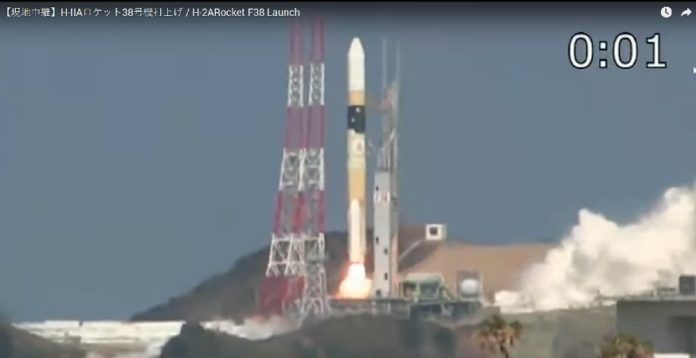 JAXA neither announced the launch schedule nor the success of the launch, as it usually does, but MHI confirmed that the launch went smoothly and the satellite was successfully separated.

Very few details of IGS-Optical 6 have been revealed, except that it has a design life of 5 years. This latest satellite will probably match IGS-Optical 5 (launched 2015) in having a resolution of 30cm or less, and have an altitude of about 500km. Like the previous satellites, it was probably developed by Mitsubishi Electric.

So far, Japan has conducted 14 successful launches of its IGS satellites, which comprise radar and optical satellites. The launch before this was of IGS-Radar 5, which carries a Synthetic Aperture Radar (SAR) payload with a resolution of about 50cm.

This is JAXA’s third launch this year and the first of MHI’s H-IIA; the previous two launches use the modified sounding rocket SS-520 No. 5, and JAXA’s lightweight Epsilon rocket.