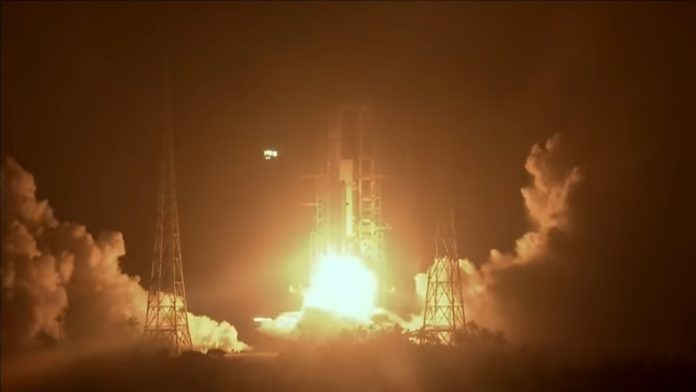 This is an interesting week. Orbital ATK’s Cygnus OA7 made its way to the ISS yesterday and Russia will send two astronauts to the same today.

Meanwhile, China appears to be very excited over its Tianzhou-1 launch, which has happened successfully today (20 April), at 7.41pm Hainan time (GMT+8). Tianzhou-1 is China’s first cargo spacecraft and will dock with China’s spacelab, the Tiangong-2.

China has thus far made sure that Tianzhou-1 has not gone unnoticed. The Chinese and international public have been kept constantly informed on the spacecraft’s progress, from its development to its arrival at the Wenchang Spacecraft Launch Site on Hainan Island. Even the assembly of Tianzhou-1 and its launcher, the medium-lift Changzheng-7 (Long March 7), has been meticulously documented by the media.

Like all other Chinese media outlets, the state-owned CCTV News is creating a buzz over Tianzhou-1 and has released multiple videos of the spacecraft and its journey. The CCTV’s Tianzhou-1 video collection can be found here:

CCTV also broadcast the launch live, a contrast to the previous launch of the Shijian-13, which took place last week without much ado.

The launch took place shortly before China’s designated National Space Day on 24 April, which was inaugurated last year. This year’s Space Day will begin in Xi’an, and will showcase China’s space achievements to the public. Scientists, astronauts and other space industry figures will also be present.