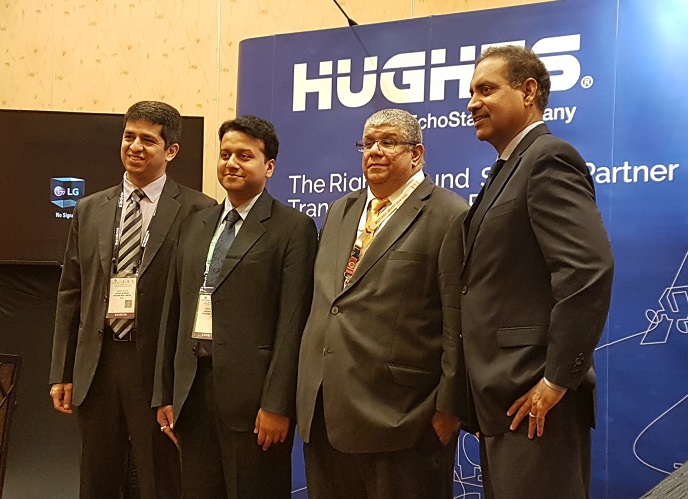 Hughes Network Systems today announced that it has been selected by Mutiara Smart Sdn Bhd to deploy the JUPITER System and bring enterprise-grade, managed network services to Malaysian government and defense agencies. Mutiara Smart is a Malaysian Government Owned Company (GOC) under the Ministry of Finance and provider of network telecommunication and IT services.

The Hughes solution selected by Mutiara Smart includes the HG220 JUPITER Gateway, remote terminals, and a network management system to deliver both C- and Ku-band capacity from two satellites cost-effectively across all of Malaysia. The system features enhanced networking technology for increased efficiencies as well as a 5IF interface capable of supporting multiple bands and transponders across up to five satellites, ensuring future scalability.

The initial order includes a hub and 200 remote terminals for a series of optimisation tests, expected to expand significantly over two years as currently, government agencies consume three-quarters of satellite capacity in Malaysia.

“We were impressed by the ability of the Hughes JUPITER System to provide the high quality of service that our customers demand,” said Richard Alwani, Chief Business Officer, Mutiara Smart. “We chose Hughes as our trusted partner because their advanced satellite technology has proven to be reliable and will serve the needs of our government customers as we work to become the leading ICT provider in Malaysia.”

According to Alwani, the government’s mandate was to purchase systems from a government agency rather than from third parties. He said that they’re hoping to get the system running by Q4 2018, after the equipment is delivered in September and testing done within a month thereafter.

“We welcome Mutiara Smart to the class of leading operators around the globe that have deployed the JUPITER System, which has been engineered to service multiple market sectors where scalability, quality of service and security are of utmost importance,” said Ramesh Ramaswamy, Senior VP and General Manager for the International Division at Hughes Network Systems.

January 19, 2020
Aliena and NuSpace are two new Singapore space startups, both having spun off from research institutions in Nanyang Technological University (NTU) and...

Insights into ISRO’s launches and missions of 2019

Space tech a key focus for South Korea in 2020

SpaceTech Asia welcomes previously-unpublished articles, graphics and opinions from across the world. Please contact us to propose article topics for contribution.
© Kalpa Media, 2018. All rights reserved.