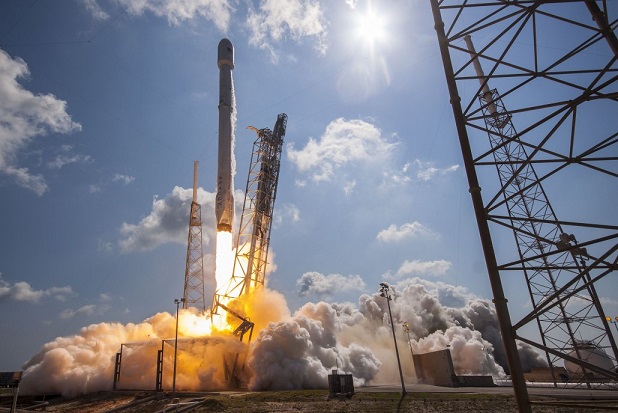 Kacific Broadband Satellites, a new satellite operator based in Singapore, has selected SpaceX to launch its first satellite, Kacific-1.

Kacific-1 will be launched on SpaceX’s Falcon 9 in 2019 and will deliver high speed broadband via 56 narrow Ka-band beams to Southeast Asia and the Pacific, especially to remote islands with limited internet access.

“SpaceX has a breadth of vision that appeals to us,” says Christian Patouraux, Kacific CEO. “The company is committed to changing the way people think about space and the possibilities it represents. Signing with SpaceX as our launch service provider is a major step towards delivering our own vision. We look forward to seeing Kacific-1 atop a Falcon 9 Rocket in 2019.”

“SpaceX is proud to partner with Kacific on the milestone launch of the company’s first satellite, Kacific-1.” said Gwynne Shotwell, President and COO of SpaceX. “We appreciate their confidence in our proven capabilities and look forward to delivering their satellite to orbit.”

The satellite is currently being built by Boeing, who received an order for it early this year in February, and is part of a condominium satellite to be shared with SKY Perfect JSAT Corporation’s JCSAT-18.

Demand for Kacific-1’s services already looks promising – in 2017, the company reported having US$434 million of bandwidth in signed commitments from 14 countries in Southeast Asia and the Pacific.

Currently, it is servicing customers via an interim service, until Kacific-1 is operational in 2019. Most recently, the company was selected as Internet Partner for the 2017 Tour de Timor, a mountain bike race held in Timor-Leste.