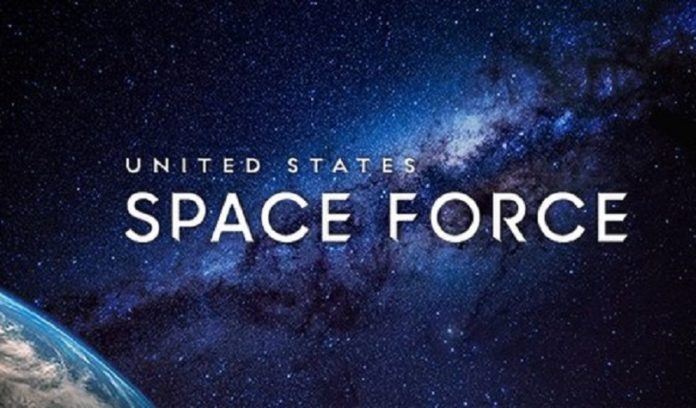 The President of the United States (US) Mr. Donald Trump has signed the 2020 National Defence Authorization Act and with it directed the establishment of the US Space Force (USSF). This will be the sixth branch of the US armed forces. This is the most significant reorganisation of the Department of Defence (DoD) since the Goldwater-Nichols DoD Reorganisation Act of 1986. With this, the US is establishing the first new armed force since the US Air Force was authorised by the National Security Act of 1947. As per the US Secretary of Defence memorandum, this force will cultivate space-domain specific expertise, remain mission-focused and develop and integrate into a joint force.

The need for such a force was articulated by Mr Trump during a meeting of the National Space Council on June 18, 2018. Subsequently, Vice President Mike Pence officially unveiled the plans for the US Space Force in August 2018. Possibly, the need for such force was necessitated owing the counter-space technologies being developed by China and Russia.

Initially, there was some resistance within the US political system for the formation of such a separate force. However, recently the bill for the 2020 defence spending was approved both by the Democratic and Republican lawmakers, who have also supported the formation of the new space force. This space force would be a part of the Department of the Air Force along the lines of the US Marine Corps, which is a part of the Department of the Navy. It is expected that the Space Force will be set up over the next 18 months.

Also, In March 2018, President Trump announced that his new national strategy for space recognizes that space is a warfighting domain and just like the land, air and marine forces; there is a need for the US to establish a separate space force. Subsequently, on 29 August 2019, Mr Trump had unveiled a new Space Command (also called SPACECOM). This is the Defence Department’s 11th unified combatant command. This command could be viewed as the precursor to the establishment of the space force by the US.

It is important to note that the US is not the only entity to focus on this new domain of warfare. There is one more agency also intending to establish their own space warfare architecture.

As per the London Declaration issued by the Heads of State and Government participating in the meeting of the North Atlantic Council in London on 3-4 December 2019, it has been announced that NATO is recognising space as an operational domain. With this NATO has recognised space as a domain of warfare. They are looking at space as the fifth dimension of warfare (the others being land, sea, air and cyber) and feel that strategic investments in the space domain are important to keep NATO members safe, and also, for tackling various other security challenges.  Such investments would ensure the upholding of international law in this regard. Also, there is a view that this move would help them to assure the US administration that NATO can be key allies in deterring the military rise of China and the covert investments being made both by China and Russia to develop counter-space capabilities.

Both for the NATO and the US, there are concerns about the Chinese and Russian investments towards the development of the counter space capabilities. As per the China’s 2015 defence white paper, China views outer space as a zone for strategic competition. For them, space is an important component of their plan for PLA modernisation by 2035. For now, China has kept space as a component of PLA Rocket Force (PLARF, 2015).

From a military perspective, the idea of space warfare was not discussed much for many years; the first war in recent times which demonstrated the importance of satellites in the warfare was the 1991 Gulf war. Since then, the world has witnessed increasing dependence on space technologies by various armed forces, as a tool to enhance their military capabilities. This dependence has been more towards using satellites for the purposes of military commutations and navigation. Also, satellites have a major utility for intelligence gathering too. All these technologies could be viewed as technologies for force multiplication (or a force multiplier).

The notion of space warfare, which was getting discussed more in a ‘theoretical realm’ for many years, suddenly became a reality when China undertook an anti-satellite test (ASAT) during Jan 2007. They also have possibly “dazzled” some US satellites by using ground-based lasers, possibly just for the purposes of messaging. With this, they have demonstrated their ability to temporarily disrupt US satellites by blinding them. During last decade or so some experiments/tests conducted by China and Russia in outer space indirectly demonstrate their counter-space capabilities. It also known that the US also possesses the capabilities to develop various counter-space technologies.

Over the years, various space technologies have proved extremely useful for the growth of humanity. At present, various countries are very keen to use space technologies for their development and progress. The weaponisation of the space is actually in nobody’s interest. However, the game of space warfare has already begun and now the first major reaction has come in form of the US establishing a separate space force. Only time will tell if any domino-effect takes place in this domain or not. Will Russia, China, France and possibly India would follow the suit?