SpaceTech Asia
Home R&D What is Quantum Key Distribution and why does it matter?
Facebook
Twitter
WhatsApp
Linkedin 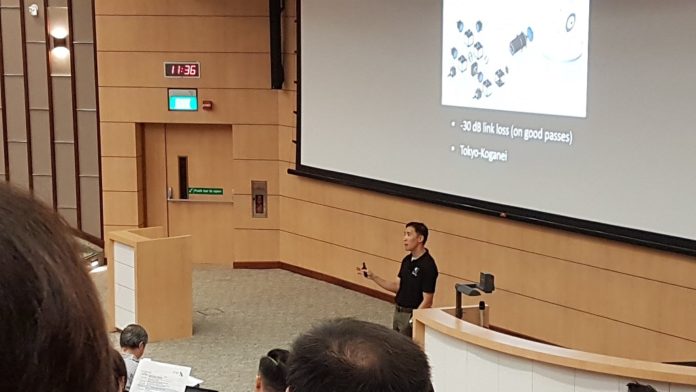 Over the past few months, with the success of China’s Micius satellite and Japan’s Socrates microsatellite, it seems satellite-based quantum key distribution (QKD) will soon be a reality. But what exactly is QKD, and why does the world need it?

Associate Professor Alexander Ling, Centre for Quantum Technologies at the National University of Singapore gave a layman’s guide to QKD in a presentation held during the Singapore Space Symposium 2017.

Ling explained that, in a nutshell, QKD is a secure way of sending encryption keys.

He said, “What is quantum key distribution? It is a technology which allows for secure transport and encryption. An encryption key is just a string of random numbers and if you have two parties who want to communicate very securely, what you need to do is establish a mechanism by which you can establish a random number that’s the same on the two sides”.

Ling then described how the technology works, i.e., by using an optical channel to transport photons.

“As long as these two parties want to communicate, an optical channel between them like an optical fibre can carry out this communication and transport the encryption key in a very secure manner. And what we do is we encode this random number into a string of individual photons, which are particles of lights, and we transfer them down the optical channel, and then we can establish this secret key”.

Why is QKD necessary?

He explained, “In the last few years, quantum computing technology has taken off. Even two years ago, we did not expect someone to put a quantum computer on the cloud. But now, IBM has developed a small-scale quantum computer which they have put on the cloud, so anyone in this room who’s interested can actually play with that computer”.

Elaborating on the security risks, he said, “The concern is if you have sensitive information that you need to encrypt and secure for the next 50-60 years. Someone might actually be recording all the data right now and hedging against the day that quantum computing becomes available, and then retrieve the data. So this is actually a concern, and what we’re trying to do is develop technologies, counter-measures that are sort of foolproof against a quantum computer”.

Why is satellite-based QKD necessary?

Currently, QKD through optical fibre is fairly well-tested. However, the longer the distance, the greater the fibre losses.

“Now, quantum key distribution requires an optical communication link. So also, at what range does it work? Over the range of Singapore, it works. So 20-30km of photons going through glass over that distance is fine, but if you’re talking about trying to link up Singapore and some city in Australia, then you’re talking about a really long distance, 4000km, and over that distance the fibre losses are about -800dB. The signals are just not going to travel over such distance. So we can secure our cities, but how do we link the cities together?” he asked.

Ling said QKD through free space is a viable option, “The solution is free space communication. The idea is that you would use a satellite, or some other kind of relay. You can either transmit light from the satellite to the ground station, or you can do it the reverse, or have a constellation of satellites and establish inter-satellite communications. You can do this with high-altitude platforms as well, such as drones. These are all forms of optical communication”.

How does satellite-based QKD work?

One how QKD actually works, Ling explained that it involves sending random numbers to ground receivers through the satellite.

Conclusion: QKD is meant for distribution, not communication

He clarified that QKD is a form of distribution, not communication, and is therefore not dependent on a continuous ground-to-satellite link.