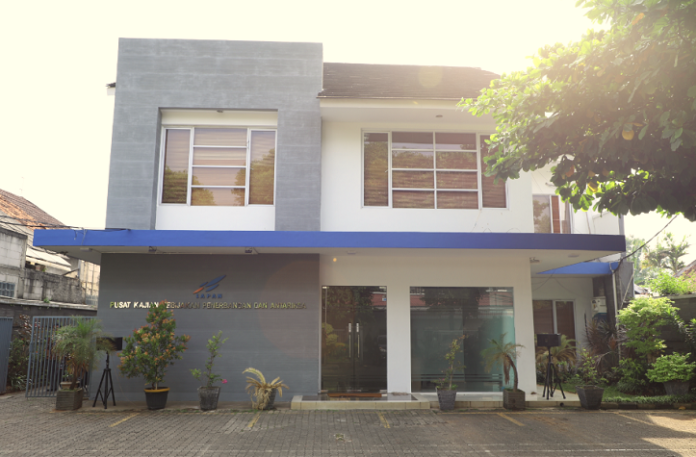 Space is one of the areas that was on the horizon of development for the Founding Fathers of the Indonesia, with the establishing of institutions relating to this field since the 60s. At that time, the use of space was still limited internationally and space was perceived as a form of deterrence power during the Cold War.

This horizon has slowly become more evident, as the use of space technology and applications have changed drastically since the progress of democracy and massive globalization. In this 21st century, we are finally witnessing the birth of the NewSpace Era, welcoming the role of private actors in space activities openly and in a bigger way. The excellence brought by this new actor has triggered a dynamism in space that is becoming increasingly more sophisticated. NewSpace has brought in capital ranging from technological resources, human resources, to funding and international cooperation networks that are competitive globally.

One of the issues brought up by NewSpace is the exploitation of space resources. This is a consequence of the goal of every company, which is to pursue profits. NewSpace is encouraging more utilization of existing resources in space, which has thus far been limited to sending satellites to orbit slots, sending humans to international space stations, as well as sending vehicles to deep space missions. Unlike NewSpace, traditional space missions were more scientific in nature without the expectation of any returns on economic capital; this has limited programs and has even thwarted or stopped them for several years, such as the United States Space Shuttle Program, which ended in 2011.

NewSpace has opened the gates to the sustainability of country missions by providing a lower cost option and other advantages. It even shows other kinds of economic profits that can be gained from space, such as mineral resources. Three countries today – the United States, Luxembourg, and the United Arab Emirates – are supporting the actualization of profit by issuing national policies and regulations (in 2015, 2017 and 2019 respectively) that guarantee private activity in mining space mineral resources.

The unilateral steps of the above countries, plus the study of the International Institute of Space Law and the attention of other countries, caused the issue of space mining to be placed on the Space Resources agenda in the Legal Subcommittee-United Nations Committee on The Peaceful Uses of Outer Space (LSC-UNCOPUOS), which began to conduct discussions in 2017. In the three sessions that have been held to date, it was found that countries are split into two poles: those who support the creation of a new regulatory framework and those who support the status quo. Indonesia has actively expressed its views on this issue, supporting a new regulatory framework that guarantees the security and sustainability of space resources.

Space resources can be both material (for example minerals) and non-material (for example, orbital slots). Based on the Outer Space Treaty of 1967, space and its contents are the common heritage of mankind so its use is for the benefit of all mankind, without differentiating between developed and developing countries. In Indonesia, resources, which are the livelihood of many people, are controlled by the state based on Article 33 of the 1945 Constitution; space can also be included in this. Law No.21 / 2013 and Presidential Decree No.45 / 2017 emphasize Indonesia’s interest in space resources, especially non-material ones, until 2040. To bolster its domestic regulatory framework, Indonesia needs to do more contribute on an international level. According to Dr. Rhorom Priyatikanto, senior researcher from Space Science Center-National Institute of Aeronautics and Space (LAPAN), Indonesia needs to make itself heard in the LSC-UNCOPUOS agenda (which mostly discusses material resources) to ensure orderly activities from countries that already have the ability to extract minerals in space.

Non-material space resources are currently the focus of Indonesia. For example, as highlighted by Dr. Budi Dermawan, astronomer at the Bandung Institute of Technology (ITB), geo-stationary orbits (GSO) have now become strategic points for missions to the Moon and other space objects. The Moon, meanwhile, is projected as a station for the actualization of mining in space. So Indonesia, which invests in GSO, needs to actively raise this topic in its agenda in UNCOPUOS, together with global interests. Besides that, according to Dr. Budi Dermawan, Indonesia must encourage the principle of justice and collaborate on the issue of space resources so that Indonesia is not left behind by other countries. Indonesia can provide input regarding the criteria for asteroids to be taken as minerals, for example an asteroid that will hit Earth, thereby saving costs while avoiding the risk of a collision with Earth. Furthermore, Indonesia is able to provide assistance in measuring falling objects quickly, and can even develop software relating to this, in an offer of collaboration.

According to Makmur Keliat, Ph.D, an expert in International Relations-University of Indonesia (UI), collaboration is the keyword in space, in order to face the challenges of space economy, space security, and efforts to create a regulatory framework. The presence of NewSpace has triggered the rapid development of space programs from space tourism to space mining, which have become current trending topics, and must also be considered in international politics. Indonesia can create a reliable domestic ecosystem that can open the gates of investment and collaboration between the state and NewSpace actors in Indonesia, so that Indonesia can also benefit from the space economy, amidst the limited government space budget. In addition, Indonesia also needs to pay attention to the issue of space security threats which can be in the form of kinetic physical, non-kinetic physical, electronic, cyberattacks, etc. Data leakage and the risk of jamming (electronic and cyberattack threats) are currently real threats for Indonesia in space and must be anticipated. In order to guarantee space economy and space security, it is necessary to have a regulatory system that has a distinction between material and non-material space resources. The separation of the two is intended to accelerate the arrangement of space resources to be agreed upon internationally.

The current international regulatory regime does not prohibit the extraction of minerals in space, which NewSpace has seized upon as an opportunity. So an arrangement relating to this is needed before the actualization of space mining, within the next 2 decades, according to Prof. I.B.R. Supancana. Such arrangements must include the regulation of potential conflicts between space actors. One of the initiatives for an international regulatory framework has been discussed by The Hague Working Group on Space Resources, whose members include the Indonesian Centre for Air and Space Law of Padjajaran University (UNPAD). Prof. I.B.R. Supancana, as Indonesia’s representative, produced The Building Blocks on Space Resources in November 2019, which will be presented at the LSC-UNCOPUOS 2021 session by the Dutch delegation. These building blocks should be appreciated as an initial step forward in discussion, and it was even agreed to be translated into Indonesian. Indonesia must actively contribute in this matter in UNCOPUOS to ensure Indonesia’s stance on non-material space resources and the principle of common heritage of mankind is included in the framework of equitable access to use of space resources. In brief, a regulatory framework related to exploration, use and exploitation of space resources, must be multilateral and inclusive, including regulating private entities. It must be based on the principles of existing space laws; able to ensure the sustainable use of space resources; and this is a urgent task that must be completed regime before the actual exploration, utilization and exploitation of space resources is carried out.