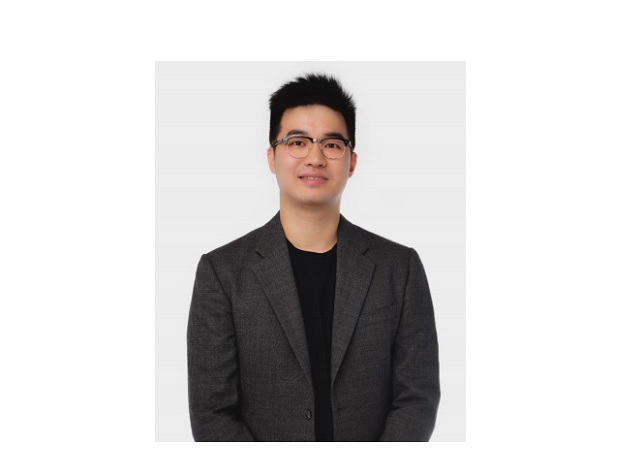 SpaceChain is a Singapore-headquartered organization developing a community-based space platform combining space and blockchain technologies. The initiative was founded by Jeff Garzik, who was one of the original Bitcoin developers, and Zee Zheng, who has been involved in the blockchain industry for years. The two came together when they independently came to the conclusion that space could provide blockchain with a more secure, more decentralized network.

Since its founding in 2017, SpaceChain has launched two satellites, and one payload to the International Space Station (ISS) as part of a project funded by the European Space Agency (ESA). SpaceChain’s current activities focus on cybersecurity, specifically cryptocurrency wallet security, but it plans to expand into blockchain constellations and even help realize space missions.

SpaceTech Asia spoke with Zee Zheng, Co-Founder and CEO,  to find out more about SpaceChain, its vision, and its short and long-term plans.

Is SpaceChain a foundation or a company?

We have a foundation, which is basically a non-profit promoting open-source technology, and also we have a for-profit company, where we do the main development of the software and hardware. It’s a very common practice – for example Linux is actually a foundation but they have a for-profit entity behind it as well (Redhat), because a foundation gives easier access for the open-source community. Potentially, we want to go with that model as well. But sometimes, if governments or our partners require it, we might not make it open-source.

So far, you’ve launched three satellites. Could you tell us more about that, as well as future launches?

We started the company mid-2017, and in February 2018 we did our first launch in China on a Long March rocket. We worked with a local company to do this. We integrated the satellite with Qtum-based blockchain. This was the first blockchain node in space.

We did the second launch in October 2018. For that, we integrated the satellite with a first-generation wallet that would attempt to make some transactions and do some storage.

Then, in December 2019, we worked with our partner in the US and joined the ISS resupply mission launched with SpaceX, for our Multi-Signature Bitcoin Wallet that is now installed in
the ISS.

We have 2 launches planned in the next 18 months. We have one in the summer this year, working with a US partner to launch in one of the Asian countries. And we have another launch early next year, but we can’t release details yet because of compliance.

For the one we’re going to launch next, we’re serving a client and we’re going to customize a lot of functions, because every client has a different heritage, different infrastructure. Basically, we’re providing more advanced wallet security.

Could you tell us more about your technology?

We’ve been evolving our technology quite a bit. For the latest launch, for example, we’re providing a cybersecurity service. You’ve probably heard that cryptocurrency wallet services get hacked here and there, and the latest was that one of the chains got hacked for $40m, where the hacker spent 0.2 seconds to transfer all the files. That’s the biggest issue in blockchain right now. The technology is really solid, but there are so many human factors and human errors you can make, which makes it insecure.

Usually, security involves a public key and a private key.. However, there’s a lot of human factors at work. If you’re the founder, you’re the gate-keeper, but somehow you leak your key out, or your server gets hacked, then all the money is gone.


For the ESA payload that we call the Multi-Signature wallet, instead of one key, we can create multiple keys and say, for example, that at least four of seven keys need to have signed this transaction before it can go through.

Our satellite holds one or two keys in this transaction, because, first of all, it provides an automatic safe for the private key. Unless it’s an ISS astronaut, nobody can touch it, which is as remote as you can get.

That’s the first part. The second part, I think, is also really interesting because we’re leveraging the latency of the satellite as well. When we have a single payload, everytime it crosses a ground station it takes time for it to come back again. So in the system we’re designing, let’s say we’re three founders. Let’s say you get hacked, and the second guy gets hacked, and I’m the guy with the third key. Let’s say we’ve designed a system where the payload has to pass the ground station three times, which means it’ll be a couple of hours after we initiate it. Then, when it passes by the first time, we basically use other channels to contact the person and say, “Did you actually make the transaction?” Then, the second time when it comes back, we confirm it again. So that gives a very good buffer time for the founders, for the gatekeepers, to find out if it’s really true.

So we’re actually slowing the whole process down, because blockchain is so efficient and so fast that this becomes a flaw when you get hacked. By slowing it down, we bring greater security to it.

What are some other applications?

Cybersecurity is one angle, and potentially also supply chain and IoT services. But right now, the ultimate goal for us is to build a decentralized satellite network. There are a lot of constellations planned, but you rarely see anyone actually complete it because 72 satellites, or a hundred, is a large number and it takes a lot of manufacturing power and launches to do it.

So what we’re thinking is this: if you look at how the internet was built, it was never built by one company. Who built the internet? It was a lot of people’s efforts coming together. And we think for constellations, we could probably go the same route.

We’re envisioning a blockchain-powered, multi-owner constellation, instead of one company building one constellation by itself. Instead of repeating each others’ work, we can actually share a constellation.

That would make the job much easier. Also, it would be easier to coordinate to do business – right now, if you’re a US company, it’s difficult to work with China, etc. But with blockchain to help with data-sharing, to figure out ownership and distribution, it will be completely transparent.

How can blockchain help space missions?

Blockchain can actually be a very interesting model for crowdfunding, crowdsourcing. At the same time, I think one of the biggest challenges for space companies is access to funding, and also, the barrier to entry is very high.

We were potentially thinking of using blockchain to start a collaborative model for crowdsourcing or crowdfunding for space missions. Because many space missions have gotten cheaper and cheaper. With $300k, $500k, you can actually do a lot of experiments. Especially, for example, student experiments on the ISS. A lot of people want to support such missions, but they haven’t been able to because space has not been made relevant for them. So having this kind of crowdsourcing model potentially could be good.

So that’s why a mission-by-mission funding model is potentially interesting. Because with a mission, you could take 3 or 5 years. You could go for crowdsourcing or crowdfunding, get initial funding, and that could get traction. And then later, if you present to VCs or investors or partners, once you get traction it’s a completely different story.

Why did you make Singapore your headquarters?

Singapore’s a really, really important hub for blockchain and has one of the most open-minded and advanced government regulatory systems [for blockchain] in the world. China, Japan, Korea, Thailand are all kind of hesitating on adoption, but Singapore started almost 4 years ago.

The second part is, the Singapore brand in the space industry is really good. Singapore as a brand is neutral, which is really, really important. We work with ESA, launched with one of the Chinese companies, had a partnership with a US company, and our payload is now on the ISS. So being a Singapore brand had a lot to do with it, because they know you’re neutral. So that helps a lot of innovation to go through, especially since we’re open-source technology.

What do you think of some of the other upcoming technologies, especially when it comes to security, such as quantum computing, quantum key distribution, etc?

I think they’re going to play a very important role, especially in the space industry. I was participating in one of the ESA conferences last summer. The whole conference was 4 days, and about 3 days were about AI: AI in space, analytics, etc. And one day was about QKD, blockchain, etc. I remember when I started Spacechain, AI in space wasn’t a thing. So we definitely see a trend, that a kind of integration is coming, and now it’s AI, and in the longer term, quantum will also become very important. Because even in our technology, the communication, we’re still using satellite communication, but at the end of the day, because we’re using radio, interception is still possible. And QKD becomes essential eventually. It all takes some time for adoption, but the space industry is getting more open-minded for sure, and open to innovation.