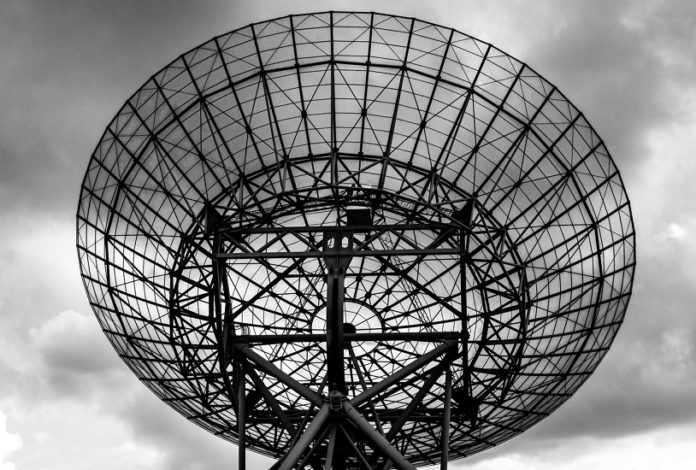 This year, many worried that pressure from rival connections would be the cause of much change in the satellite industry, leading to a palpable sense of uncertainty. Although the so-called demise of the satellite industry hasn’t materialised, as we predicted, there are other concerns regarding what looks set to become a more congested space environment. In response to these challenges, satellite is beginning to reinvent itself, which means there is a lot more to be positive about as we look ahead to 2019.

The Waning Relevance of Satellite?

It’s been difficult to avoid hearing rumours that the demise of satellite is on the horizon. If anything, this year we have actually proven otherwise. Although it is true that internet-based streaming methods have caused the satellite industry to concede some of its dominance, satellite broadcasting remains integral in many scenarios and regions.

Satellite is, after all, by far the most cost-effective method of reliably distributing live events, news and sports simultaneously to millions of people in good quality. SNG trucks still play an important role in the broadcast ecosystem, too, which is unlikely to diminish given the demand for live sports and breaking news. The mobility and fast setup times of SNG trucks, as well as the fact that they can be used for uplink traffic or local fibre inputs, makes them highly affordable.

Do take a moment to subscribe to our email newsletter here. We will not sell your email address to a third party, and you can unsubscribe anytime.

Ultra-high definition 4K devices are becoming more sought after which could also benefit satellite broadcasters. UHD 4K-enabled devices will comprise about 50% of all TVs shipped worldwide by the beginning of the New Year. As the penetration of high-speed broadband continues to lag behind (even in the UK), consumers may find that the only way to watch content in 4K is via a robust satellite connection.

In Asia, satellite broadcasting is still very much in demand. To consume Over-The-Top content, an internet connection which can reach at least 3Mbps is necessary. However, in many Asian regions, the cost of the broadband connection plus the subscription cost of many OTT services makes a satellite TV package the most affordable option. This is especially the case when satellite TV packages bundle broadband into their offerings too.

Even so, if we want satellite to continue to be an attractive distribution method for video, it must be resilient and available (literally) come rain or shine. Errors in a broadcast feed can not only result in a poor consumer experience, but can also call into question the entire reliability of satellite.

By minimising errors, operators can not only lower the expenditure of resources, keeping operational costs to a minimum, they can also help to ensure a positive future for satellite broadcasting. The key in this highly competitive environment is redundancy, i.e. having measures or tools in place to ensure business continuity and to minimise the effect of issues on service quality.

In response to this need, earlier in the year we demoed a number of our solutions for satellite redundancy at NAB Las Vegas. One of these solutions was the Griffin Redundancy Switch, used to provide redundancy for both downlink and uplink Radio Frequency (RF) or ASI feeds and for switching to standby paths during any disruption. Not only can this be triggered automatically upon detection of signal loss, but also manually from the front panel, upon RF level detection or alarm contacts, or by a Network Monitoring Solution, which can trigger switching when required.

High Throughput Satellites (HTS) has been a major trend this year, experiencing exponential growth and bringing a new wave of opportunities for those within the satellite industry, from IoT (Internet of Things) to connected cars. HTS is exciting because it looks set to increase the demand for satellite connectivity on the whole, benefiting the entire industry.

In APAC, the demand for HTS is growing at a faster rate than in many other regions.

Especially in sparsely populated areas, the cost-effectiveness and ease of deployment of HTS is enabling connectivity where residents would otherwise have gone without. Demand for HTS services will likely result in the launch of several domestic programmes across APAC in the coming years, as they look to compete with international giants in the region.

We could, however, experience a number of hurdles during the rollout of HTS services in the APAC region, especially due to the weather sensitivity of HTS terminals. APAC is notoriously prone to unpredictable, extreme weather, which can be problematic when terminals are located in remote/unmanned sites. Consider the cost of sending engineers onsite to resolve issues, for example.

Housing equipment in weatherproof chassis can go some way to solving the threat of certain weather, but to be failsafe, an essential measure is ensuring there is a backup site. That way, operations can continue even while the issue at the initial site is being resolved. Having a backup site involves operating a diverse range of sites at a distance of more than 40 kilometres apart. As weather can be less localised in some instances, 70 – 100 kilometres would be ideal. A fibre connection is then run from the satellite dish to the control centre via Dense Wavelength Division Multiplexing (DWDM). By doing so, the operator can combat rain fade, keep signal loss to a minimum and ensure a good quality feed for the end-user.

At the IBC Show in September in Amsterdam, we supported the Satcoms Innovation Group, of which we are a member, by co-hosting a champagne reception. A short weeks later, we headed to the group’s latest APAC-based event, Satellite Technology Asia, in Singapore. It was great to be able to support the event and hear about the latest challenges facing the Asia Satellite market. Unsurprisingly, a prominent topic was the planned launch of Lower Earth Orbit (LEO) constellations.

2018 saw some LEO launches, but not nearly as many as expected – I am even reticent to believe that we will see more than three constellations in place by mid 2020.

LEO sats do admittedly provide faster, better connectivity, but the gradual launch of mega-constellations is no bad thing. Actually, it will provide us with time to consider and analyse the effect of LEO on wider operations and allow for the alteration of business models. To avoid the likelihood of issues with LEO, there are things we can do now while there are a manageable number of LEO sats in the sky. Most prominently, we must closely monitor where and when errors are arising, and be sure that only good quality equipment is being used in the manufacturing process. This is extremely important if we want to make sure that LEO is managed effectively, and as an opportunity, is made the most of.

The last year has shown us that the satellite sector is still very much at the forefront of technological innovation. We may face a multitude of challenges over the next few years but what’s certain is that, whether it’s long-distance fibre links or fast redundancy switching, the industry will always come up with a winning solution.

Why spaceplanes are not flying