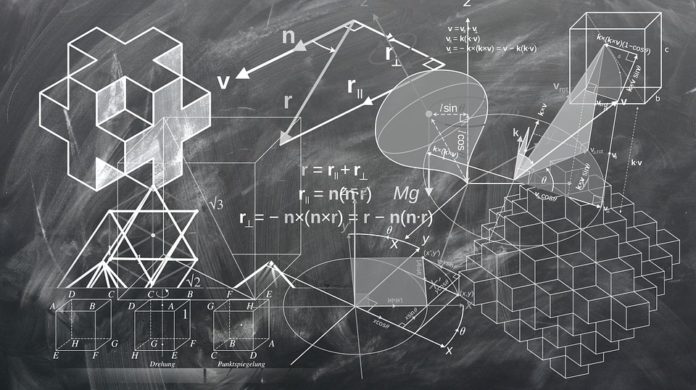 Over the past decade there has been a transition from government to private enterprise conducting space-related activities.

Several companies, such as Blue Origin, have publicly announced plans to establish a permanent human settlement on the Moon and to use such a settlement to provide commodities essential to space travel, such as rocket fuel, by mining resources on the Moon.[1]

It is anticipated that such an undertaking will require collaboration between various private and government entities, although Blue Origin has said they will go it alone if suitable partners are not found.

But the way in which IP has been protected on Earth may not extend into outer space due the requirements of the Outer Space Treaty (ie space law).

The Outer Space Treaty was established in the 1960s between major space faring nations and its goals were to ensure that outer space was for the benefit of mankind, meaning that inter alia no nation or person could lay claim to property in space. Conversely, IP laws consist of private interests for the benefit of the rights holder at the expense of all others, meaning there is already an inherent tension between space law and IP laws.

Using the plans to establish a human settlement on the moon and space mining as an example, this article will review the issues with extending current patent protection strategies, used as a proxy for IP laws generally, into space for space-related technologies.

The Outer Space Treaty states that the national laws of the state in which the space object is registered in extends to the object.

A good example of this is the International Space Station (ISS), where each nation of the ISS has jurisdiction or control of the spacecraft or component that it is responsible for.

Extending this to a human settlement on the Moon, the law(s) under which a patented invention can be exploited will be determined by the nation(s) responsible for the settlement. When such settlements are under the control of numerous nations, and similar to that of the ISS, this presents interesting scenarios for the enforcement of IP.

Presumably maintenance of a human settlement on a celestial body will require the manufacture of goods.

Generally, a patent claim protecting a method of producing a good will only be infringed if a third party performs each step of the method defined by the claim.

Geographical limitations on Earth generally means that the last scenario can usually be determined according to the jurisdictional law of the patent holder.

As an example, an apparatus that is used to perform a patented process, such as making rocket fuel, may have separate interrelated components that are responsible for different steps of the process, where each component is spread over multiple sections (ie jurisdictions) of the settlement.

This means only part of the process will be performed in each jurisdiction, so it may be unclear as to who infringes the process (if at all). For a patentee looking to protect such technology, this will require looking at new IP protection strategies, as conventional strategies may only afford limited protection against infringement.

Patents are typically used to protect a product and they provide the rights holder with remedies –  for example, unauthorised importation into a jurisdiction in which the patent is granted.

These examples show that IP protection and infringement in space present more issues than would otherwise be encountered on Earth, as the typical boundaries used to define jurisdictions is not as clear in space.

One of the main attractions of establishing permanent human settlements on the moon and other celestial bodies is to mine their resources to produce products such as rocket fuel, enabling humans to travel further and deeper in space.

Japan and Luxembourg have recently partnered to boost the exploration and commercial utilisation of resources from near earth objects such as asteroids.

The mining area is also gaining momentum. For example, US company Pioneer Astronautics recently filed a patent for the production of metals on Mars.[2]

The current interpretation of the Treaty is that, so long as the nation conducting the space mining activity does not lay claim to the celestial body, then such activities would be permissible.

In adopting this interpretation, Luxembourg and the US have each recently introduced laws regarding space mining.

However, some signatories to the Treaty, such as Russia, do not share the same view and consider the exploitation of space mining for commercial gain to go against the principles of the Treaty.

As no nation can lay claim to a celestial body for mining, typical mining leases (such as those granted on Earth by a jurisdiction) may not be used as a means to prevent a competitor from mining the same deposit.

If a mining lease used to prevent third parties from mining a deposit cannot be used for celestial mining, it is likely that greater emphasis will be placed on technology that can mine the resource faster than a competitor.

It naturally follows that significant IP will arise in the development of such technology.

If a private entity develops a machine to allow them to mine a resource on a celestial body faster than their competitors and they only obtain patent protection for the IP of the machine in the same jurisdiction in which the machine is registered for the purpose of the Treaty, a third party may be able to copy the machine and IP and mine the same deposit without worry of infringement if the third party registers their machine  in a jurisdiction in which the entity does not have patent protection. Such a situation shows why determining the jurisdiction(s) in which a competitor may register their technology for the purpose of the Treaty is important for IP enforcement.

For adequate protection of IP for space-related technology, the scenarios discussed above highlight the need to carefully consider IP protection strategies in relation to desired commercial outcomes.

The need for a considered, well-informed approach arises from the additional complexities of the interplay of space law and IP laws.

Robert Wulff – Rob is a Principal and patent attorney at Griffith Hack, one of Australia’s leading intellectual property service firms. He has been with the firm for nearly 30 years. Robert works with and develops IP strategies for a wide variety of organisations focused on chemical, process and mechanical engineering and the applied chemistry fields, particularly the building and resources industries, clean and efficient energy technologies, steel, water and waste treatment, packaging and closure systems and agricultural technologies.

Dr Stefan Paterson – Stefan is an Associate and patent attorney at Griffith Hack. He has a PhD in polymer chemistry. His extensive academic and research experience sees him working at the crossroads of chemistry, materials and engineering, and their combination into the fields of biomedical devices and biomedical materials, semiconductor and photovoltaics, chemical engineering, and a wide variety of mining activities from oil and gas technologies to ore extraction and processing. He has a particular interest in space-related technology and how intellectual property can be used to protect such technologies.

Why spaceplanes are not flying